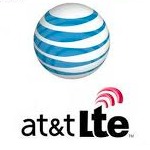 AT&T Labs has demonstrated download speeds of nearly 29 Mbps on an experimental LTE network in Plano, Texas, according to a report in GigaOm.   Upload speeds reportedly hit 10.4 Mbps in the demo.

AT&T, however, is saying little publicly about its work-in-progress network. “The network is experimental and won’t reflect real-world speeds, which I’m not going to speculate on at this point,” AT&T spokesperson Mark Siegel told TechNewsWorld.  The reported 29 Mbps would greatly outpace the speeds of other wireless networks. Verizon Wireless, for example, claims download speeds of 5 Mbps to 12 Mbps on its LTE network, although it’s fuzzy about upload speeds.

Three factors determine transmission speed — the width of the LTE channel, the number of devices on the network and the user’s distance from a cell tower.  In fact, depending on the variables, a 4G network may not necessarily be faster than a 3G one.

Maybe this 4G network will function as planned in the real world,  if it does maybe I will make the switch to AT&T.